“Unlocking the player within”

Each person has their own philosophy of life.  Basketball in many respects teaches life lessons.

Our job as coaches is to transcend basketball lessons into life lessons.  As a coach, we want players to become team players in a successful program which functions as a family and, in doing so, helps them become better people.  To achieve this goal there are three key elements which I focus on:  preparation, communication, and determination. If a coach can properly prepare his team and communicate the goal at hand, the sky is the limit.

“Everyone wants to win, but not everyone is willing to prepare to win”
Bobby Knight

A common oversight of coaching is spending too much time learning plays and not enough time on the fundamentals.  Our goal as coaches is to teach the fundamentals of defense, rebounding, dribbling, passing, and shooting.  This is very important so players can learn to read and react in any offensive or defensive set.  The concept of relative motion helps the player understand his place on the court by the position of the other players relative to his position.  A player with this understanding will know how to move to get open, create proper spacing, play uptight defense, and give team defensive help.  Practice is where these skills are born and  all players and coaches must have a game plan before going into practice.  All-practices will be well-organized and structured, allowing for efficient use of time.  As a team we will establish our practice rules by having coaches and players show up on time, free of outside influences (clear mind) and ready to be pushed to the highest level possible. There will be a conscious effort to balance time spent on drills vs. scrimmages, which will depend on how the team grasps the concepts we are instilling each day. At the end of the day our goal is for players to learn from practice that preparation is one of the keys to basketball as well as life.

Communication is one of the most important and often overlooked aspects in sports.  With constant communication, you build trust within your team by helping each player to become 5 acting as 1. Trust then turns into confidence, which is what separates the good players from the great players.  How a coach interacts with his players is very important. Giving positive feedback is an important belief of ours.  Even if we feel the need to point out a negative, we will always follow up with a positive statement.  we believe players are more likely to fulfill their potential, when you tell them how good they can be.  My expectation of players is to have the same interaction amongst themselves. Talking down to players will not be tolerated and our expectation is there will be constant communication among the players on and of the court.

Inside every person lies hope and the ability to be great and the key to unlock these dreams is determination. The dictionary defines determination as “the qualification of a concept or proposition to render it more definite or specific”.  We believe it is much more than a qualification of a concept; it is the difference between good and great, impossible and possible, ordinary and extraordinary. Determination is what defines the historic figures of our time, such as Martin Luther King Jr., Michel Jordan, and Tiger Woods.  It is our duty as coaches to push the players to the limit, as they relish the journey of becoming better.  Our goal as coaches is to work with the players, by setting reasonable goals so that each player can achieve his full potential. By allowing the players to be involved in the goal setting process, they will be encouraged to work harder to achieve their own goals.  Achieving goals is fuel on the fire of determination, which is another stepping stone of becoming great.

These three keys help unlock players dreams and aspirations of becoming great.  We believe these are necessary components of any successful team, organization, and community. By focusing on these values, we insure that our kids will receive lessons that will exceed the hardwood and over flow into life. 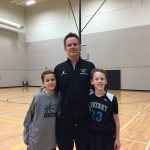 Ne’Juan is the founder of 4-Point play Inc. and has operated as the Women’s basketball Director for 9 years.

10 years as a basketball official

8 years as a sports director

6 years as a Basketball coach 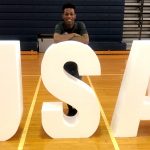